Some analysts, however, believe sales growth expectations this year could be tempered. Alibaba counts roughly 130 million customers outside of China, and the trade war between the U.S. and China could hamper some of those international sales. Additionally, this will be the first Singles’ Day after the retirement of Jack Ma, Alibaba’s founder.

Alibaba shares were up over the first two days of this week, but history says the week leading into Singles’ Day does not usually mean gains for Alibaba’s stock. Over the past five years in the trading week ending on Singles’ Day, shares of Alibaba tend to sell off, dropping 1.3% on average and trading negatively 80% of the time, according to a CNBC analysis of data from hedge fund trading tool Kensho. Alibaba underperformed the S&P 500 during these periods of time. 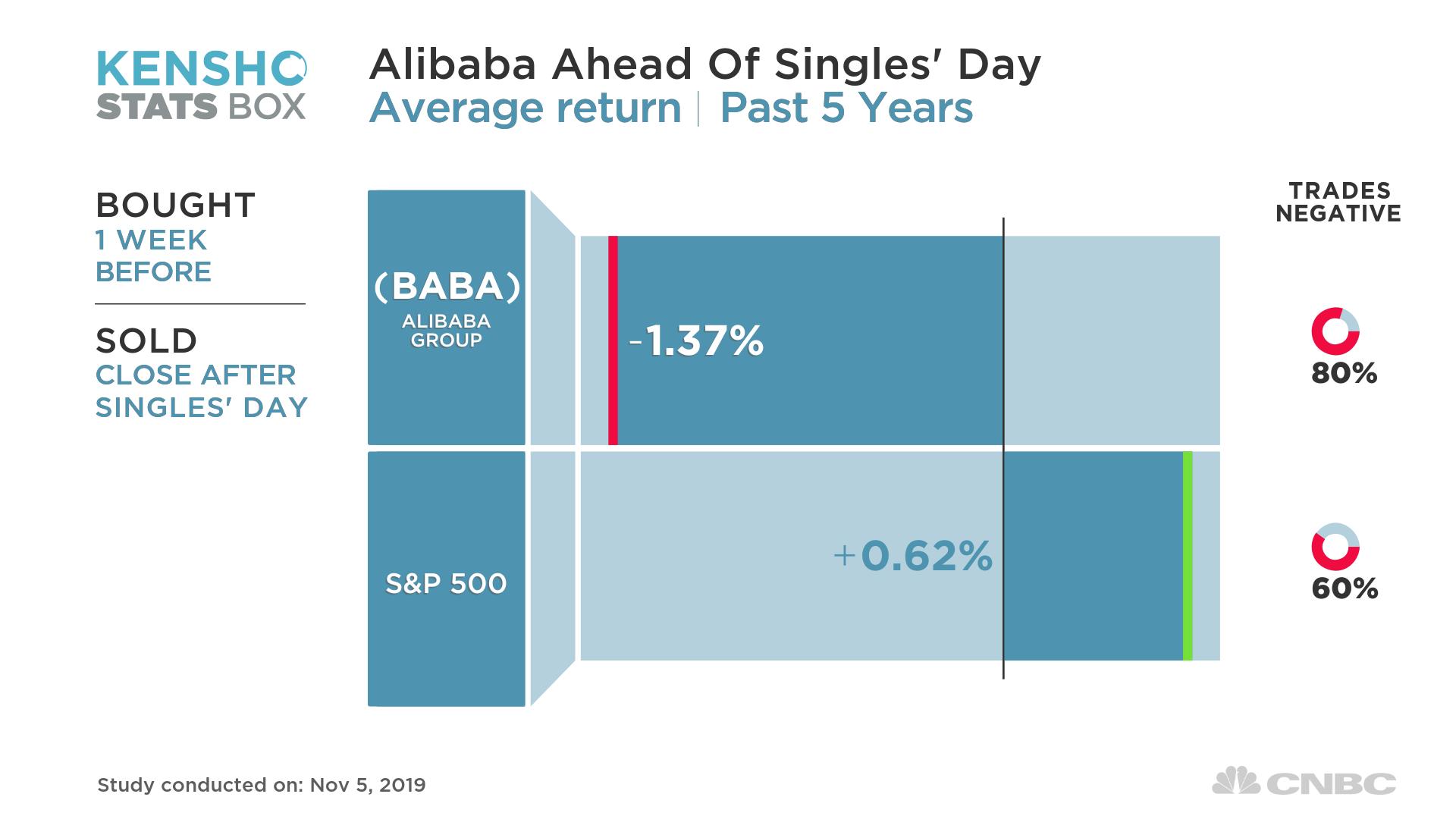 Chinese stocks have been rallying on the recent news flow regarding a potential U.S.-China trade deal.

“The charts have definitely seen some notable recent strength, but I don’t know if they’re just out of the woods yet,” said JC O’Hara, chief market technician at MKM Partners, on CNBC’s “Trading Nation” on Friday.

O’Hara is watching Alibaba closely. “Until we see Alibaba break above $185 — that will, in essence, create a new high — I’m a little cautious here.”

Alibaba shares were at $182 in early trading on Wednesday.

Last week the Chinese e-commerce giant beat analysts’ forecasts on both the top and bottom lines, with its results driven by increases in mobile users, among other factors.

“They generate a ton of cash flow, the demographics are in their favor, and … in September the risk was that the U.S. may delist Chinese securities. That does seem to be behind us, which I think provides a valuation opportunity.”