Trading Costco here may be worth the cost.

So says Todd Gordon, founder of TradingAnalysis.com, who found the recent action in the consumer staples sector as a whole — and Costco’s stock in particular — to be worth investors’ attention.

“I’m seeing the overall market being a little overbought, which gives me pause, but I don’t want to fight this very strong uptrend that we’ve seen since the breakout that originated in August,” Gordon said Thursday on CNBC’s “Trading Nation,” adding that the consumer staples ETF has been consolidating below the $62 level, which could signal a breakout. 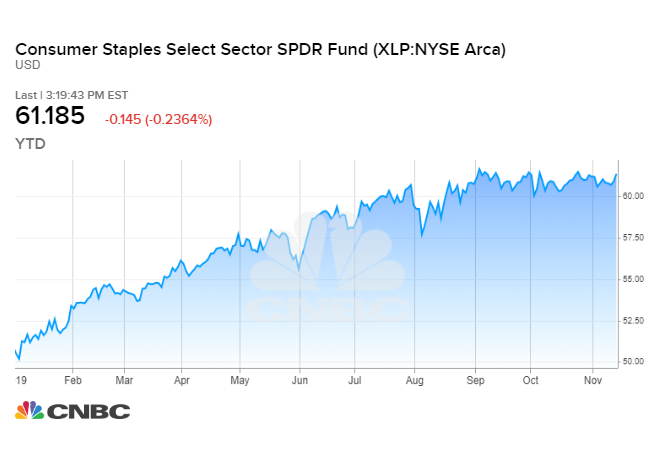 Despite its recent sideways trading, the ETF’s chart looks “strong,” with a nearly 21% gain year to date, Gordon said.

“One of the strongest consumer staples on my radar that has a very similar-looking chart is Costco,” he said, adding that the big-box retailer’s stock is “showing no hesitation breaking through that $310 region.”

Given Costco’s strength, Gordon wanted to put on a bullish trade through the company’s Dec. 12 earnings report. Costco closed at $304.59 on Thursday, up less than 1%.

“I would like to establish a long trade — again, defensive in nature, but respecting a very strong uptrend here — through the 305, 310 resistance area,” Gordon said.

To do so, Gordon bought the $305 call options and sold the $315 call options expiring on Dec. 13, one day after Costco’s fiscal first-quarter earnings results. The $10 spread, which represents a bullish bet that Costco could rally over 3% by the expiration date, cost him $4.43 to execute at the time of the trade.

“We’ll have the option, no pun intended, to carry this through earnings if we so choose,” he said. “If the trade isn’t working, if Costco or the staples or the broader market falls away, we should be able to exit the trade for less than a $440 loss,” the maximum amount of risk for this trade.

Emphasizing that traders should adjust their position size depending on their personal risk profile, Gordon flagged another component he was layering into this trade: a hedge using one of the market’s biggest bond ETFs.

As the push-and-pull between growth and value stocks continues, Gordon liked the idea of using the iShares 20+ Year Treasury Bond ETF, or TLT, to make a bullish bet on the value trade winning out in the near term.

“We did put on a hedge with our customers [Wednesday] in the TLT,” Gordon said. “As you look at this chart, you can see TLT has moved lower, which, keep in mind, will push bond yields, or interest rates, up.” 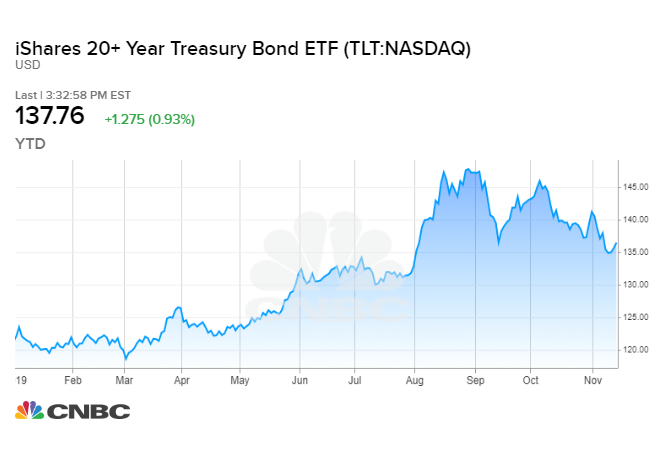 “We’re now down into support, and … we did get long TLT as a little bit of a hedge,” he said. “And if you think about it, [the] TLT moving up pushes interest rates down, which might put those value stocks, those dividend payers, back into play again in the XLP.”

The XLP, or the Consumer Staples Select Sector SPDR ETF, closed down less than 1% on Thursday.

Disclosure: Gordon has positions in Costco and the TLT.