As the peak holiday season ramps up for online retailers and shipping companies, cargo pilots that fly packages for Amazon, UPS and FedEx are pushing to work under the same rules as passenger pilots, a change that the industry says could pose safety hazards by abrupt schedule changes.

But some lawmakers think otherwise and are backing a single standard.

Several unions, including those representing pilots at UPS and FedEx, are urging lawmakers to make the change.

Some say a change is overdue.

“It’s ridiculous that we don’t [have the same rest rules for cargo pilots] and the only reason we don’t is for economic reasons,” said Chesley “Sully” Sullenberger, the former US Airways captain famed for his “Miracle on the Hudson” landing after a bird strike in January 2009. “Cargo pilots have the most demanding schedules. They are the ones who need the most protections.”

“A lot of the cargo pilots are on the back side of the clock, which introduces its own set of safety concerns with fatigue. That’s one major issue right there,” he said. “Cargo pilots are sharing the same airspace, flying into the same airports [as passenger pilots]. Why should there be a different level of safety?” 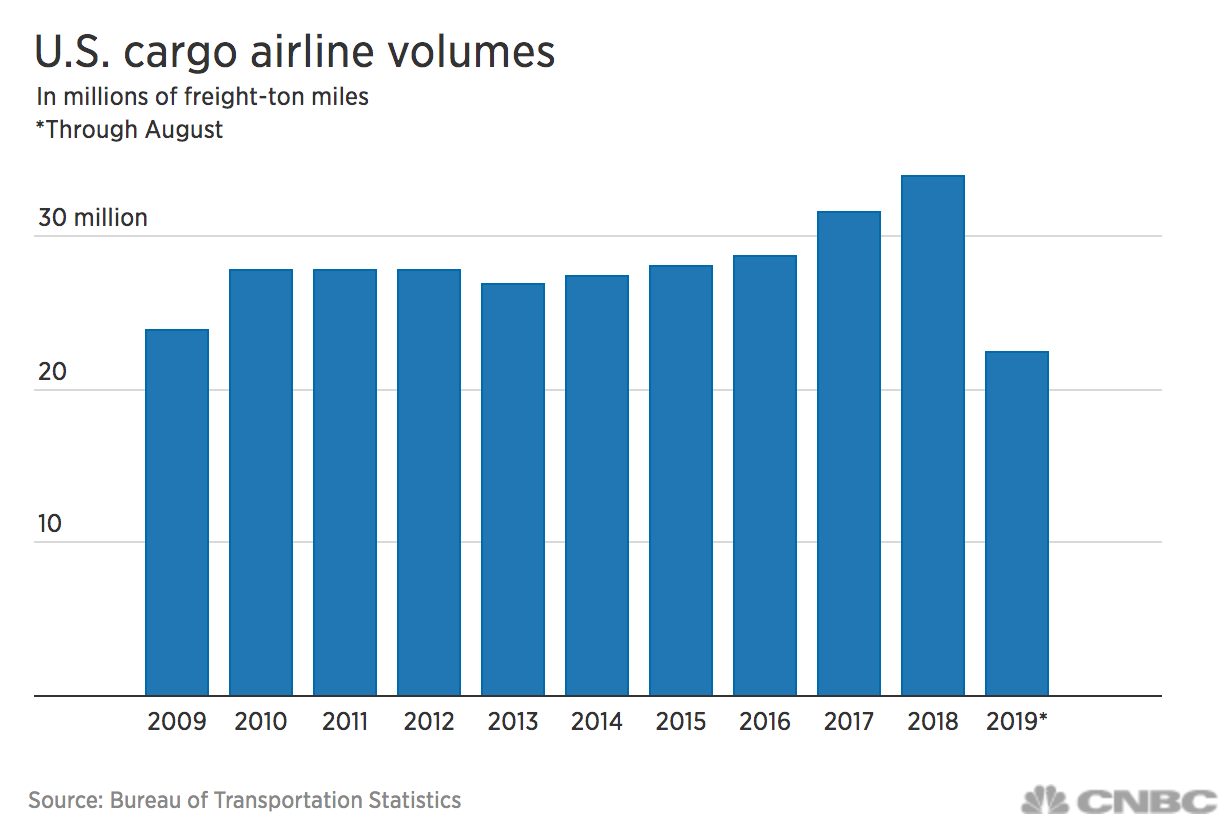 The stepped-up safety rules that were implemented in 2014 stemmed from NTSB recommendations after the February 2009 crash of a Colgan Air turboprop near Buffalo, N.Y. that killed all 49 on board and one person on the ground. The agency’s accident report cited fatigue and a need for more training — the last deadly U.S. passenger plane crash.

The Federal Aviation Administration said in a 2014 analysis that extending the same rest and duty rules to cargo-only airlines would provide a benefit of as much as $10 million, but the costs would be around $452 million and cargo pilots were subsequently left out of the new rules.

Pilots for Atlas Air Worldwide, one of the contractors Amazon uses for its package delivery services, have complained about fatigue and excessive overtime in recent months and are also pushing for the change.

The company said its pilots fly fewer segments than passenger pilots and that the current rules give its pilots better rest.

“Among all parties, there is a shared commitment to safety as the number one objective. Safety will never be compromised,” said Atlas spokeswoman Debbie Coffey.

Best use of rest

Industry members say their rest rules follow strict guidelines and that the nature of the job has different requirements and cargo pilots generally fly fewer, but longer trips, than passenger pilots.

Under the passenger rules, cargo pilots would have to work fewer days, which means more “first days” — think of it as a Monday after the long weekend — which could hurt performance since the first day back at work is the most difficult, said Steve Alterman, president of the Cargo Airline Association.

Others say that the use of rest is what’s important.

“It’s the airlines’ responsibility to ensure there is adequate time for pilots to rest, but it is the pilots’ responsibility to show up to work rested and ready to fly,” said Sharon Pinkerton, senior vice president for legislative and regulatory policy at Airlines for America, a trade group that represents most of the country’s big passenger and cargo airlines, including FedEx and UPS.

Cargo pilot fatigue came into focus again after an August 2013 crash of a UPS plane on approach into Birmingham, Alabama. Both pilots were killed, and the NTSB cited pilot fatigue as a contributing factor. It also said the first officer suffered acute sleep loss “resulting from her ineffective off-duty time management and circadian factors.”

Atlas said it offers a program in which it pays for hotel rooms for pilots before their trips so they can rest before their shifts. “This allows for well-rested pilots who enjoy the option of being able to choose where they live,” she said.

FedEx, which estimates about 70% of its pilots commute to their bases, says it takes a series of steps to mitigate risks from a lack of pilot rest, including sleep facilities at some airports and periodic reviews of routes whose schedules pilots find problematic. It also estimates that its layovers average 31 hours for international routes and that passenger flight layovers average 22.5 hours.

“In cooperation with our pilots, FedEx has developed the best, most scientifically advanced fatigue mitigation program in the airline industry,” the delivery giant said. “Cargo and passenger pilots have very different schedules, and forcing cargo pilots to fly according to a set of rules developed for distinct conditions in a different industry will make them less safe. One size does not fit all when it comes to air travel safety.”