In just over a month, we have witnessed an evolution of digital fashion shows.

Milan gave perhaps the biggest nod back to the way things were – that is, by showing new collections, on models, walking on runways.

Etro (main image above) was the first label to stage a catwalk show, and did so for its men’s spring 21 and women’s pre-spring 21 collections, at Milan’s Four Seasons hotel on 15 July.

Models walked through the hotel’s courtyard with an expanse of space separating them, while audience members watched from seats dotted around the pebbled courtyard, also adhering to social-distancing guidelines. 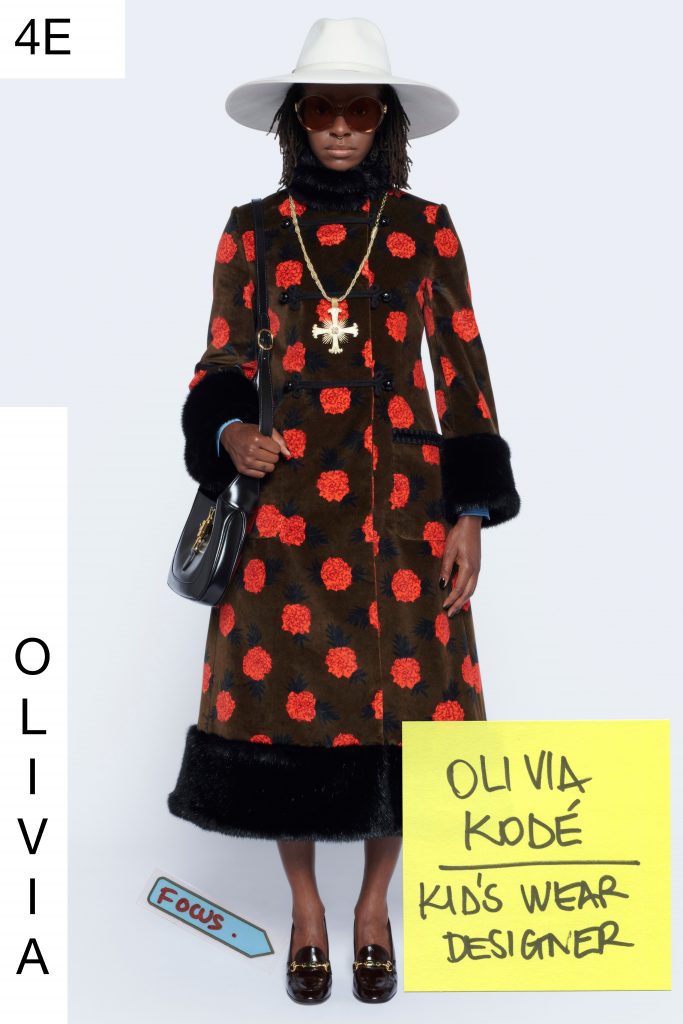 A look from Gucci’s Epilogue presentation

Some attendees wore face coverings while models on the catwalk did not. The men’s SS21 and women’s pre-SS21 collections showed a bohemian take on summer dressing.

Ornate paisley and floral patterns were seen on floating maxi-dresses, frilled lightweight shirts and raw-hem shorts for womenswear, and in bomber jackets, printed shirts and suiting for menswear.

Covid did not seem to curb Dolce & Gabbana’s ambitions, as a 25 minute, 103-look show was staged on the grounds of the Humanitas University in Milan, which is conducting research into Covid-19, and to which the brand donated in March.

Dolce & Gabbana showed its SS21 menswear collection with all the bells and whistles expected from its designers Domenico Dolce and Stefano Gabbana.

The show was soundtracked by live singers, and both designers took a lap of the catwalk wearing face masks following the finale. Audience members had been asked to wear face masks and most complied, while models once again did not wear face coverings on the catwalk, but maintained social distancing.

The hotel was designed by Italian architect Gio Ponti in the early 1960s, and features a fresh white and blue colour theme, and mosaic tiling throughout.

This was reflected in the collection, which was perfect for an Italian escape. Geometric prints featured across tapered trousers, shorts and short-sleeved shirts, while loosely cut trousers and billowing shirts cemented the summer getaway theme.

Not to be outdone, Gucci shunned live fashion shows, but made its stamp on Milan Fashion Week digital.

The luxury label started streaming behind-the-scenes footage of a campaign shoot at 7am on Friday 17 July, in a presentation titled Epilogue. It was designed to be the concluding part of the glimpse into the inner workings of the brand that creative director Alessandro Michele started giving to Gucci’s audience with the autumn/winter 20 show in February, which had models and backstage crew on display to the audience.

The stream showed the large production that goes into a shoot for the brand, with a vast team of people working around the location of a grand house and its grounds – all equipped with either face coverings or visors.

The stream was to last for 12 hours – although even the most die-hard fans could hardly be expected to tune in for the duration.

At 1pm, the brand revealed a lookbook of new-season women’s and men’s wear images, shot on “the people who designed them,” creative director Alessandro Michele said in a pre-recorded announcement before the reveal.

Of course, and perhaps luckily, Gucci has a team that could easily pass for models. The 75 looks on show included Michele’s “more is more” aesthetic, with a 1970s influence seen across both men’s and women’s wear.

Menswear threw back to the 1970s too – comprising wide-leg trousers in cord fabrics, blazers with overstated lapels and geometric prints.

The livestream was available on several channels, including Gucci’s website, the official Milan Fashion Week platform and YouTube – where it reached more than 3,500 views during the 1pm lookbook reveal, doubling the 1,200 or so viewers it had in the preceding hours. 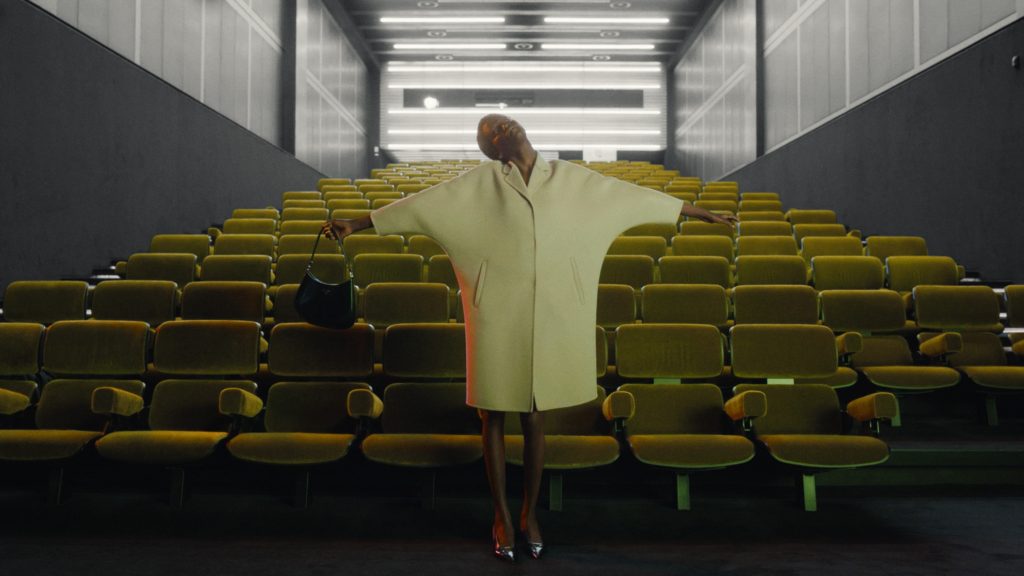 A still from Martine Syms film for Prada

Fashion films still featured heavily on the schedule, which was available on the Milan Fashion Week website and established by Italy’s governing fashion body Camera Nazionale della Moda Italiana. Like the digital fashion weeks that preceded it, Milan’s schedule was available for both the public and industry to view.

Prada released a series of five films to celebrate Miuccia’s last solo collection at the helm of the brand, before Belgian designer Raf Simons has his input as co-creative director for the full spring 21 collections, which will be shown in September.

The muted looks, a mix of men’s and womenswear, were presented by a mix of five creatives, including fashion photographer Juergen Teller and artist Martine Syms, each with their own unique interpretation of the ranges, running consecutively in a video just under 11 minute long.

The collection was somber, with a simple colour palette of black, grey, white and sand – brightened up by only a glimpse of pastel lilac. Cuts were minimal, with slim cut tailoring seen in men’s and womenswear offering neat, sleek shapes in skirts and dresses, making for a streamlined final show by Miuccia Prada.

Perhaps it was preparation time – designers showing at Milan had just over a month longer to prepare for this digital incarnation of fashion week than London (12-14 June), or bigger budgets from the industry-leading brands on show – but fashion was able to offer more than short, arty clips by the time the digital Paris and Milan shows rolled around.

Physical catwalk shows were the big talking point – with both D&G and Etro going out on a limb to put them on. The presence of face masks and social distancing showed that catwalks can be done carefully – as long as everyone adheres when the cameras and livestreams stop rolling.

Milan has given us a glimpse of what September’s physical shows will look like – a reduced amount of invitees, sparse spacing and the latest must-have accessory – the face mask, and we will be glad to have them back.