In Hyderabad, Amazon builds its largest office yet. But not everyone is happy, Retail News, ET Retail

The austere building is hardly distinguishable in the landscape of glass and concrete buildings making up Asia’s Silicon Valley, as Hyderabad, India, is known. It is one of Amazon’s latest developments, the online retailer’s largest office building in the world.

With plans to cement its place as the center of gravity around which online retail revolves, Amazon has turned to India, the world’s fastest-growing market for internet users. And it has picked Hyderabad, a city of nearly 10 million in India’s south, as its base of operations there.

But the project faces challenges, including pushback from local businesses and politicians.

Hyderabad has emerged in a few short years as a technology and financial center and a beacon for young talent. The city, which saw the biggest surge in tech office space last year, is already a base in India for other multinational tech companies such as Facebook, Google, Microsoft and Apple, which spent $25 million for the development of its offices there.

“Hyderabad is a known software tech talent center, and the government has been an enabler for us to have a campus this size,” said Minari Shah, an Amazon spokeswoman. “This is an important confirmation of how India continues to be important to Amazon.”

Over the past decade, the technology behemoth has woven itself into the fabric of Indian life. And now, four years after construction began, the Hyderabad office, Amazon’s first fully owned office outside the United States, joins 40 other offices, 67 shipping centers, 1,400 delivery stations and a workforce of more than 60,000 (plus 155,000 contractors) in the country.

The record size of the building — 1.8 million square feet — and the total campus area are equal to nearly 65 football fields. They have come to symbolize a defining feature of India’s booming tech industry: the inexorable presence of international tech companies. 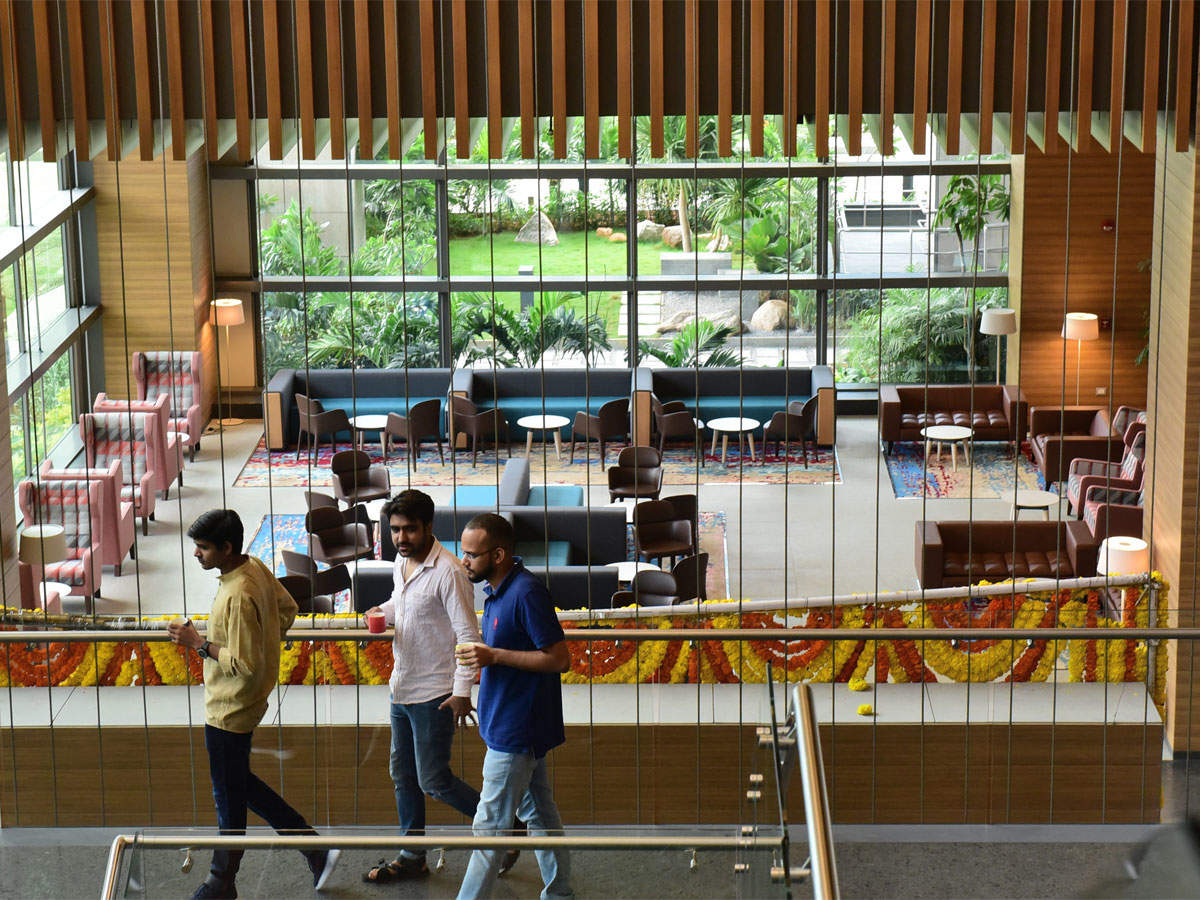 When Amazon’s founder, Jeff Bezos, visited India in January, he was met with an antitrust case by Indian regulators, who are investigating Amazon and Indian e-commerce giant Flipkart, which is owned largely by Walmart.

India bans foreign direct investment in retail, a shift from policy in the United States and Britain. By law, Amazon and other foreign-owned e-commerce firms are required to be neutral marketplaces reliant on independent sellers.

But Praveen Khandelwal, founder and general secretary of the Confederation of All India Traders, which oversees 70 million traders and 40,000 trade associations, argues that the firm has hurt domestic trade, resulting in the closure of thousands of homegrown businesses across the country.

Amazon’s new Hyderabad office, he said, is merely a way to “push for control and dominance over Indian retail trade in a more structured way.” Khandelwal led protests against Amazon’s trade practices this year.

“There are loopholes they’re exploiting; everyone knows that,” Meena said.

The challenges emerging in India echo stories in the United States, where American tech giants have squeezed smaller rivals and business owners. Amazon is facing antitrust charges in the European Union, and Bezos and other tech titans were grilled by U.S. lawmakers in July about their anticompetitive practices.

Amazon’s 15-story Hyderabad office opened last year. It features prayer rooms, a small synthetic cricket pitch, 49 elevators, a helipad and a cafeteria open 24 hours a day on a campus that, according to the company, is made of 2.5 times more steel than the Eiffel Tower. It’s home to 7,000 employees out of an expected workforce of 15,000, largely comprising technology teams focused on using machine learning and software development to innovate services — such as Amazon Pay’s cash load service for digital transactions in a country with 190 million citizens who do not use banks — as well as customer service workers. 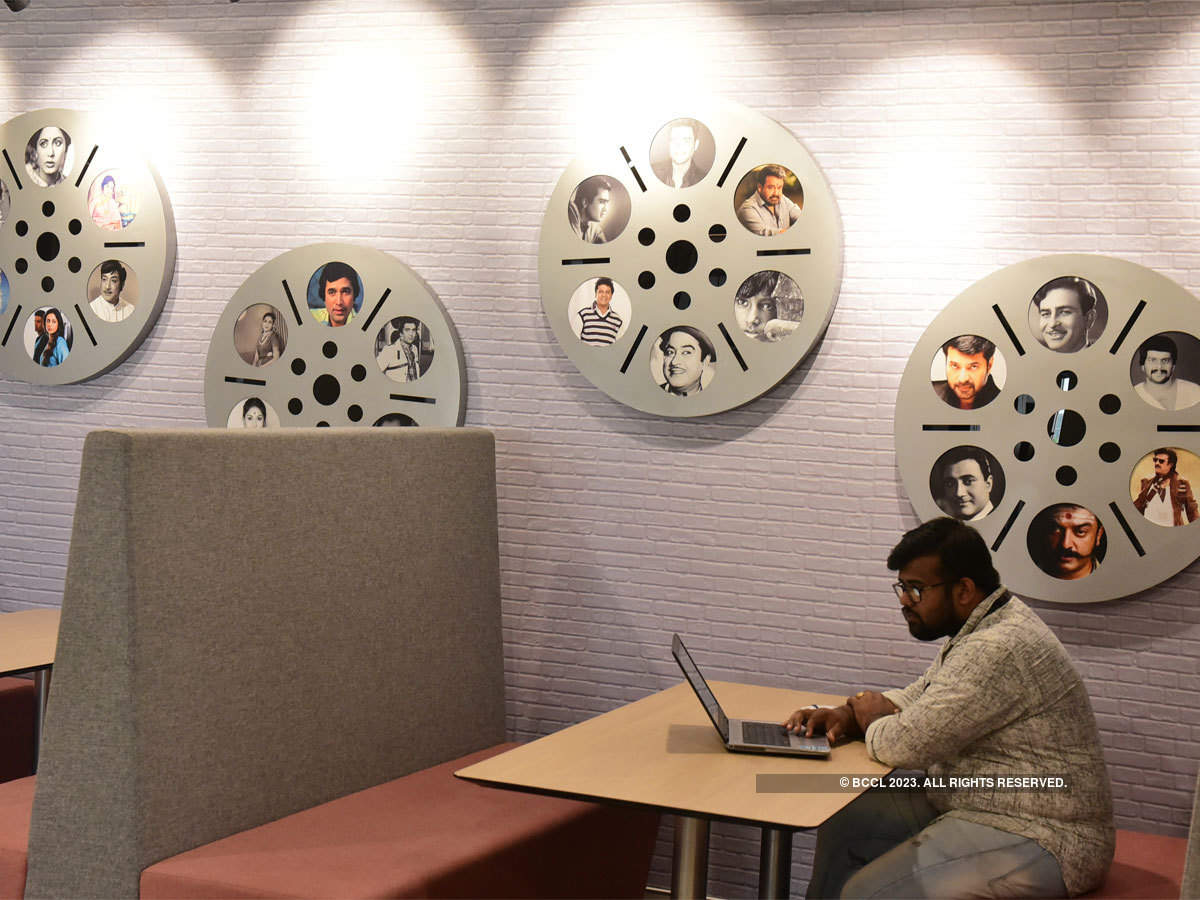 Representatives for Amazon declined to comment on the cost of the development but revealed to Bloomberg that it cost “hundreds of millions of dollars” to build. (The campus is Amazon’s largest, but the company plans to open a second headquarters in Arlington, Virginia, which could be as large as 8 million square feet.)

The effect of Amazon’s strategy has been noted. For the past couple of years, Satinder Wadhwa has struggled to keep his business alive in Greater Kailash, South Delhi, amid the growth of online retail. His specialty watch store, Time & Style, used to be filled with throngs of locals. Now, Wadhwa estimates he gets half as many customers.

“People have stopped coming to the market; that means they’re buying online,” Wadhwa said. “If they’re getting a better price and delivery at home, why will they come to us?”

It’s a question many business owners across India are asking. “Amazon is financially strong; their reach is strong,” Wadhwa said.

Since construction on the Hyderabad office began in 2016, Amazon made some promising appeals to locals: It started an Amazon Fresh store for grocery delivery in Bangalore. It also started Prime Reading with books in Hindi and Tamil, and introduced an online pharmacy amid the pandemic.

The retail behemoth’s desire for expansion is easy to explain. India’s e-commerce industry is still in its infancy, nearing 120 million online shoppers in 2018 out of a population of more than 1 billion.

In 2018, Amazon was the second-largest online retailer in India, trailing Flipkart, with 32% market share (compared with 41% in the United States). And analysts at Forrester predict e-commerce sales in the country will reach nearly $86 billion by 2024.

As India’s reliance on international tech companies grows, the recent antitrust investigation is only the latest in a chain of events that has led the government of Prime Minister Narendra Modi to rein in foreign investment.

Meena says there is a panic among local sellers, who feel they are being pushed out of the marketplace as others are given preference, and are now seeing the government raise questions about large tech companies’ business practices only after they have developed their own e-commerce platforms.

To circumvent the latest wave of unrest, Bezos announced a $1 billion investment during his visit in January to help small and midsize businesses bolster their online growth. It follows Amazon’s promise of $5 billion in investments in the country in 2016 and another $500 million pledged in food e-commerce the next year.

Since the pandemic, however, with e-commerce as the only channel for selling products for months, more small businesses are realizing the potential in working with companies such as Amazon and Flipkart, Meena added.

Within the United States, the European Union and now India, Amazon’s ascendancy as a retail giant has been met with antitrust investigations and increased scrutiny over data and tax regulations. But the backlash is hardly a problem for Amazon, Meena said.

“It’s not only in India; they will face challenges from regulators all over the world,” he said, adding that Amazon was likely to serve as a blueprint for other international retailers.

“Ultimately, they think they have enough value and time to capture the Indian market,” he said. “That’s what they are hoping for.”