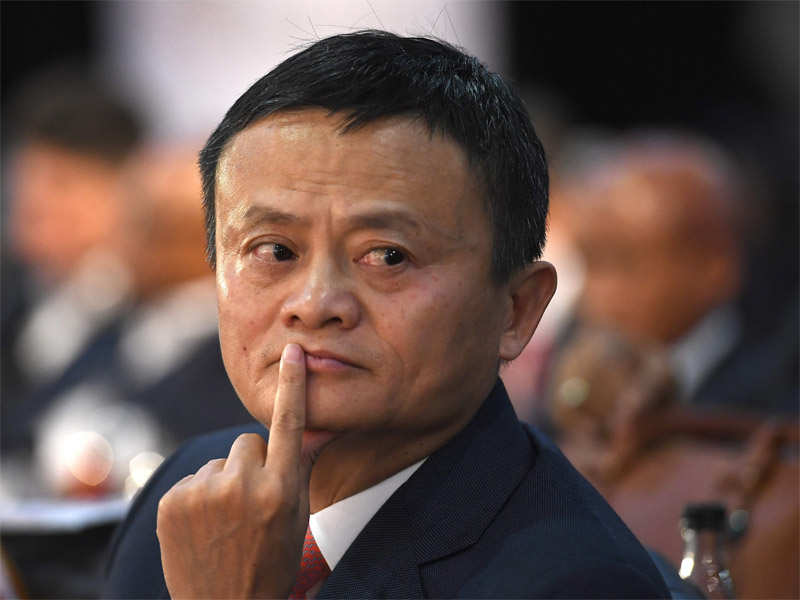 Jack Ma was right: You can’t use rules for a railway station to run an airport. Or, regulate a cutting-edge online lending platform like a traditional bank.

Chinese authorities effectively took the founder of e-commerce behemoth Alibaba Group Holding Ltd. to task for such views by suspending the $35 billion initial public offering of its fintech offspring, Ant Group Co., just before the scheduled launch. The move follows the release of new draft regulations on increasingly popular online consumer lending that will squeeze profits and raise the cost of compliance for fintech pioneers.

The measures essentially put the up-and-comers on the same path as their traditional peers. And that’s where the problem lies. The risks Ant poses to the financial system aren’t nearly as large as the mammoth state-owned enterprises that are starved for credit, or the swathes of over-extended small lenders kept barely afloat with thinning capital buffers.

As the balance sheets of China’s banks become less user-friendly and are put to work to support a post-Covid economy, other forms of financing for hundreds of millions of consumers will be required. The likes of Ant should play a crucial role. But it’s impossible if they’re stuffed into a bank-shaped box. The new regulations, for instance, cap leverage requirements close to levels for regular banks. That will hit the balance and profitability of loans online lenders take on at a time businesses and individuals need efficient credit.

Unsurprisingly, conventional lenders aren’t huge fans of these new-era facilitators, even if working with several banks is a key part of Ant’s business model. Nomura Holdings Inc. analysts expect that the regulations will benefit traditional lenders by increasing their “bargaining power in cooperation with online lending platforms.”

Perhaps taking Ma’s advice would be more helpful. What he said wasn’t so much an affront as a nudge for authorities to be more proactive about different sorts of financial animals. For example, the U.S. doesn’t regulate banks and consumer lending companies the same way, nor credit unions or card issuers.

China’s yearslong deleveraging campaign to weed out bad actors in its financial underbelly should be a lesson. Non-bank institutions that typically fill financing gaps in most countries helped Chinese banks stash away bad loans that were often repackaged and sold onward. They became key players in the vast shadow banking network, perceived by Beijing as a problem that made it tougher to determine where actual risk lay and the true shape of bank balance sheets. Clamping down over the past four years didn’t solve the problem. Arguably, it’s grown worse as borrowers find other loopholes.

Regulators would do better this time to let the online lenders be part of an overall solution, getting credit to places it doesn’t reach. Consider China’s fast and furious credit cycles. When authorities decide it’s time to rein in the largesse and cash becomes tight, everyone struggles – mom and pop investors, households, small and large businesses. The ensuing panic pressures the creaking financial system, and regulators end up giving way.

But here’s the thing: Big tech credit is “less correlated to local economic conditions than unsecured bank credit,” a September study from the Bank of International Settlements found. It looked at the use of data, versus collateral, to assess borrowers’ creditworthiness and do away with information asymmetry issues.

Usually, a shock to the economy is amplified by financial market conditions – the so-called financial accelerator mechanism. In China, because the bank lending market is deeply driven by collateral, any changes in the value of, say, land start hitting credit supply. With the big tech lenders, “this channel no longer operates,” the study says. That seems a good enough reason to let them operate.

Ant helps banks originate and tap borrowers they wouldn’t otherwise. If they had it all figured out, we wouldn’t be seeing the rise of fintech. Instead of making the new era of lending prohibitive, the rules should make it easier to use the heaps of data generated by consumer behavior to manage loan risks and creditworthiness of borrowers. Accepting this basic point would enable officials to better regulate the future, not prop up the past. As Ma noted, it’s fairly normal for change to outpace rules, “but when innovation is far ahead of regulation, when the richness and depth of innovation far exceed the imagination of regulation, it is abnormal” and there is chaos.

Sure, we can argue about capital buffers and all the post-global financial crisis accords. Fintech players shouldn’t be allowed to run wild. But though Ant is large, which worries regulators, it’s not China’s biggest problem. The focus should be less on size and more on lending practices, borrowers and recovery methods.

China remains far ahead on the digital and online banking and payments front. To stay that way, its regulators need to take a page from Jack Ma and be more proactive.